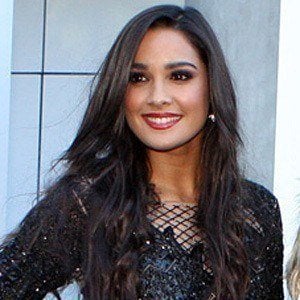 Reality television personality who rose to fame after being cast as a housemate on the tenth season of Big Brother Australia. She would go on to finish in third place overall on the program.

She worked as a model prior to being cast on Big Brother. She was represented by the English agency Silhouette Models.

She was featured in Babbal Rai & Preet Hundal's "One Dream" music video.

In 2013, she made headlines after allegedly causing Justin Bieber to be late to one of his concerts.

Tahan Lew-Fatt Is A Member Of