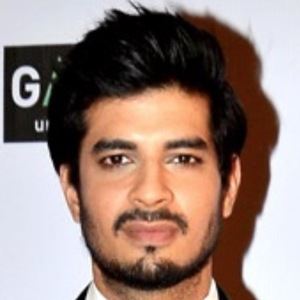 Indian actor who's famously known for his work as Karan "Walt" Rastogi in the 2014 film Mardaani which earned him a nomination at the 2014 Filmfare Awards for Best Supporting Actor. He also starred in the action film Force 2 alongside John Abraham and Sonakshi Sinha.

He studied political science at Hindu College, University of Delhi and graduated with a master's degree in media from the University of Melbourne.

He decided to become an actor when he participated in the IIT Bombay's Mood Indigo festival.

His father was in the Air Force and his mother worked for Confederation of Indian Industry. He has a younger brother who worked as a pilot.

He portrayed Shyam in the 2018 film Manto starring Nawazuddin Siddiqui and Rasika Dugal.

Tahir Bhasin Is A Member Of