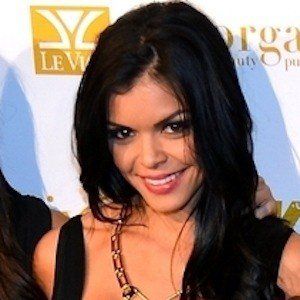 Sister of the pop singer Bruno Mars. She is the second youngest of the six total Hernandez siblings. She and her three sisters formed the girl group Lylas in 2013; they released their first single, "Come Back," independently to iTunes.

She began singing at an early age, and often practiced harmonies with her three sisters.

She and her sisters appeared on their reality show, The Lylas, on WE TV in November 2013.

She has four children. She married Billy Kemper in November 2018.

Her brother, Bruno, did not appear on her show during its initial run due to conflicts with promoting his second album.

Tahiti Hernandez Is A Member Of