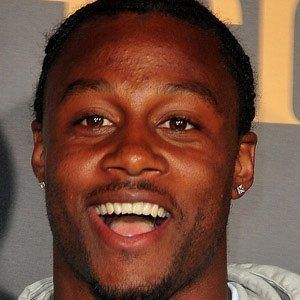 NFL cornerback and special teamer who was drafted by the Oakland Raiders in the fourth round of the 2011 NFL Draft. He was drafted out of Eastern Washington University, where he was named the Big Sky Conference Co-Offensive Player of the Year in 2010.

He was a star football player and track and field athlete at Deer Valley High School in Antioch, California, being named MVP of the Bay Valley Athletic League.

He switched from cornerback to running back in his junior year at Eastern Washington. In 2013, the Raiders switched him back to cornerback.

He was born in San Francisco, California.

He and wide receiver Denarius Moore were both drafted by the Raiders in the 2011 NFL Draft.

Taiwan Jones Is A Member Of