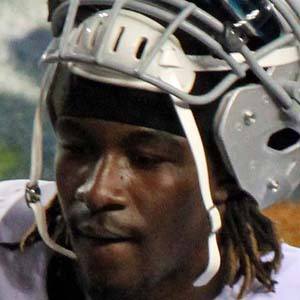 Wide receiver who made his NFL debut in 2011 for the Oakland Raiders, where he was voted Rookie of the Week twice.

He was a star track and field athlete at Tatum High School, where he was the state champion in the 110 meter hurdles; he then focused on football when he attended the University of Tennessee.

In just his second career game he caught 5 passes for 146 yards and a touchdown, and had 1 carry for 25 yards.

He was born in Tatum, Texas.

His first career touchdown came on a pass from Jason Campbell.

Denarius Moore Is A Member Of