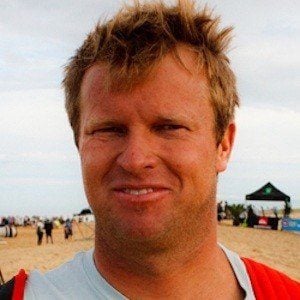 Professional surfer who won the Australian Male Surfer of the Year title in 1997.

He started surfing when he was just seven years old and, at age eighteen, became the youngest surfer in history to qualify for the ASP World Tour.

He was the champion of the 2007 Rip Curl Pro event in Victoria, Australia.

He was born to American parents in Yallingup, Australia.

Taj Burrow Is A Member Of