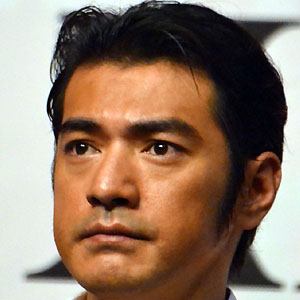 Japanese actor and singer who starred Lost and Found in 1996 and the Red Cliff films in 2008 and 2009. His other films include Too Tired to Die, Sleepless Town, and School Days.

He was born in Taiwan and is a Japanese citizen. He attended Taipei American School while appearing in commercials before he quit to pursue acting full-time.

He was born to a Taiwanese mother and a Japanese father and has two older brothers.

He was a voice actor in the Japanese version of the 1999 American film, Tarzan, which starred Tony Goldwyn.

Takeshi Kaneshiro Is A Member Of