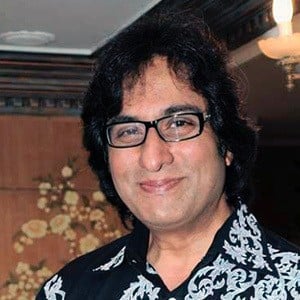 Singer who became a popular performer of the poetic Indian music genre known as ghazal with songs like "Yaad Aane Wale" and "Laagi Prem Dhun Laagi." He competed on the Indian music competition show Jhalak Dikhhla Jaa 5 in 2012.

He attended Hyderabad Public School and then joined The Indian Institute of Management and Commerce.

He has acted on several television shows, including Sailaab and Noorjahan.

He married a woman named Bina and has a son named Adnan.

He has performed live with Sonu Nigam.

Talat Aziz Is A Member Of