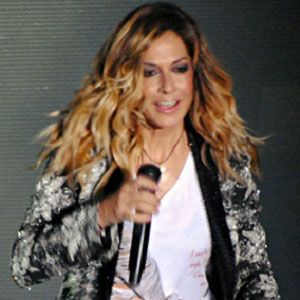 Greek actress and recording artist first known for winning the Thessaloniki Song Festival in 1977. Since then she has become a megastar in Greece with many awards and accolades to her name.

She studied at music conservatories in Cyprus before moving to Athens to pursue acting. She studied at the University of Athens while pursuing her music career with the Minos record company.

She was selected to compete in the Eurovision Song Contest in 1980 and 1982.

She was born in Larnaca, Cyprus to Nestor and Sophia Vissi. In 1983 she married rock composer Nikos Karvela and together they had a daughter named Sofia. The couple later divorced but remained friends.

She is a popular Cyprus-born celebrity like Hal Ozsan.

Anna Vissi Is A Member Of