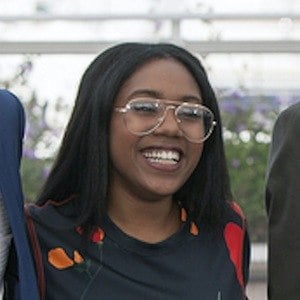 Actress who earned international acclaim for her debut movie role as Crystal in the indie crime film Good Time (2017). Her performance earned her an Independent Spirit Award nomination for Best Supporting Female.

She followed up her performance in Good Time with an appearance in the horror comedy short Hair Wolf (2018).

She co-starred with Robert Pattinson in Good Time.

Taliah Webster Is A Member Of