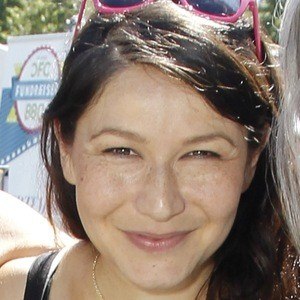 Multidisciplinary artist who earned acclaim for her turn as Miri Smallhill in the 2007 film Four Sheets to the Wind, for which she won the Special Jury Prize for acting at that year's Sundance Film Festival. She has also starred as Alison in the CBC drama Coroner.

She studied at the Claude Watson School for the Performing Arts in their 10-year program.

She performed in the original Canadian cast of Rent before moving to Broadway in 1998. She appeared as Carla in 1996-1997 on the TV show Ready or Not.

She has two sisters, whose names are Jennifer and Sarah.

She has starred alongside Oluniké Adeliyi on the CBC drama Coroners.

Tamara Podemski Is A Member Of