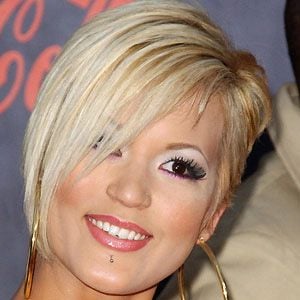 Singer-songwriter whose hit song, 'Hypnotico,' has been covered by Lady Gaga and Jennifer Lopez.

Her albums include Out of Many...One and Prima Donna.

Her father, Richard Chin, is Jamaican and Chinese and her mother, Christine Chin, is of African and English descent. Her sister is musician Tessanne Chin. She and her husband, Wayne Marshall, have three sons together.

She once starred in a Pepsi commercial with hip hop artist Shaggy.

Tami Chynn Is A Member Of