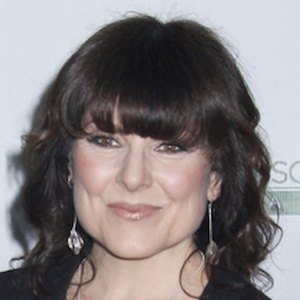 Irish actress and satirist who made a name for herself as a stand-up before becoming a regular on shows like Irish Pictorial Weekly and Rocka-Bye Island. She is the author of satirical comedy books such as You're Grand: the Irishwoman's Secret Guide to Life.

She co-founded the musical comedy group The Nualas and was a key member of the Dublin Comedy Improv.

Her comedy sketch "Racist B&B" earned her Satirist of the Year honors at the 2013 Swift Satire Festival.

She married her husband Carl when she was 41 years old.

She made multiple appearances on the sketch comedy series The Mario Rosenstock Show.

Tara Flynn Is A Member Of