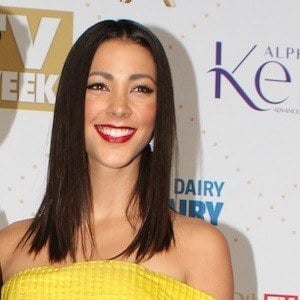 Australian sportscaster who is famous for her career with Fox Sports Australia. She has hosted Kick Off and Sunday Shootout, and earned an ASTRA Award nomination for most outstanding female presenter in 2015 for her work.

She earned her bachelor's degree in media and communications. She also earned her diploma in journalism.

She began hosting the UFC Fight Week show for Foxtel in April 2015. She previously worked in Singapore on the soccer series Tiger Goals on Sunday.

She married rugby player Cooper Cronk in December 2017. She is of half-Burmese and half-Caucasian descent.

She has named Thierry Henry as her all-time favorite soccer player.

Tara Rushton Is A Member Of