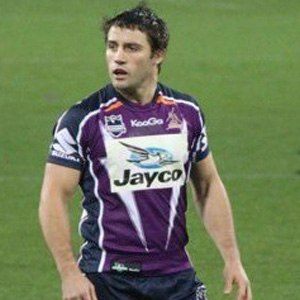 Halfback who was a member of the Melbourne Storm from 2004 until 2017, when he signed with the Sydney Roosters. He was also selected for the preliminary team of the 2008 Rugby League World Cup.

He played baseball for the Runcorn Indians before going over to rugby at St. Laurence College.

He was the Storm's top try scorer in 2011, earning his first of two consecutive Daily M Halfback of the Year honors.

He was born in Brisbane, Queensland, Australia. He married Tara Rushton in December 2017.

Cameron Smith was his teammate, playing hooker, for the Melbourne Storm.

Cooper Cronk Is A Member Of