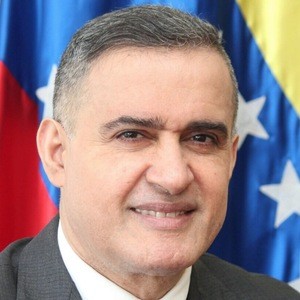 Politician and attorney who is recognized for having served as the leader of Venezuela's  Fifth Republic Movement. Venezuela's president Hugo Chávez once referred to him as "The Revolution's Poet."

In the year 2000, he was elected to the Venezuelan National Assembly.

He published a book titled Un Paisaje Boreal in 2008.

He was the father of two children.

Both he and fellow politician Nicolas Maduro were born in Venezuela.

Tarek Saab Is A Member Of