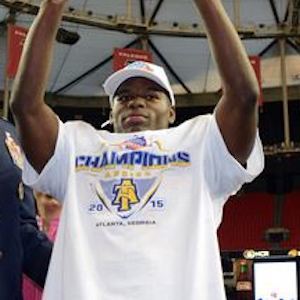 Running back who was selected in the fourth round of the 2017 NFL Draft by the Chicago Bears.

He attended Bunn High School where he competed in both football and track and field. He was then recruited to play for the North Carolina A&T.

He was presented with the 2015 Celebration Bowl award for offensive MVP.

He was born and raised in Bunn, North Carolina. His mother is named Tilwanda Newell.

He became teammates with fellow running back Jordan Howard on the Bears.

Tarik Cohen Is A Member Of