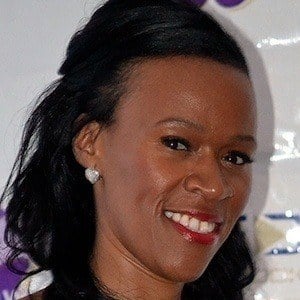 Reality TV star known for her time on the TLC series Starter Wives Confidential. She appeared in the show's 3 episodes, beginning in January 2013.

She met her former husband Earl Simmons, better known by his rapping stage name DMX, when she was 11 years old. The two began dating at age 18, and married in 1999.

In 2011, she and former husband DMX appeared on the VH1 reality series Couples Therapy. In April 2014, she published the book You Think You Know, But You Have No Idea, which was the story of her life while married to DMX.

She was born and raised in Yonkers, New York.

Tashera Simmons Is A Member Of