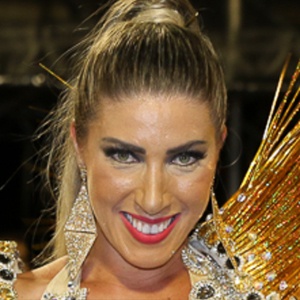 Dancer and model most famous for years with the popular Brazilian samba school and parade Gaviões da Fiel. She was forced to leave Gaviões da Fiel after a video of her fighting with Renatta Teruel went viral.

She grew up in Sao Paulo, Brazil.

Her career has given her a sizable audience on Instagram, where she shares modeling snapshots with 600,000 followers.

She has a sister named Ana Paula Minerato. She has been married.

She has appeared with comedian Sabrina Sato on Instagram.

Tati Minerato Is A Member Of