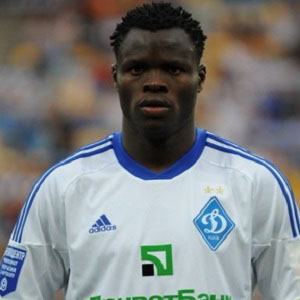 Nigerian soccer player who won multiple league titles with Olympique de Marseille in Ligue 1. He represented Nigeria at the international level from 2004 to 2011.

He spent one season with Gabros International in Nigeria Division 1.

He married a woman named Nimot.

He competed alongside Nigerian team captain Nwankwo Kanu at the 2010 FIFA World Cup.

Taye Taiwo Is A Member Of