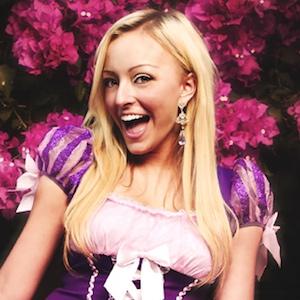 Known for her YouTube username bfftaylor, she is a short video content creator who posts funny life updates, preteen relationship advice, and video blogs such as "What's In My Purse" and "How To Have A Totally Awesome Sleepover."

She started making short videos with her laptop camera when she was 12 years old. She built a following of fans through tweets, vlogs, and live webcasts.

In 2010, she began to appear at events and model for brands such as Phins, Paisley Jane, Mandy Haber, and more.

Born in Baltimore, she is a southern Alabama girl who moved to Los Angeles to act and model. She was raised with a younger sister. In 2015, she married Kaleb Nation.

She was featured on The Tyra Banks Show to discuss her sudden online fame.

Taylor Elizabeth Is A Member Of