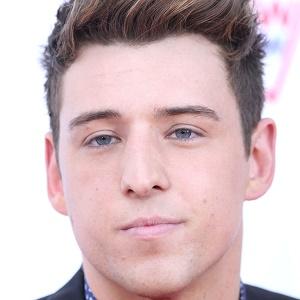 Reality competition show veteran who was a finalist on both the fourth series of Australia's Got Talent and the fifth series of The X Factor Australia, finishing as the runner-up in the latter.

He attended and graduated from Kardinia International College and then worked as a labourer with his father.

His self-titled debut album was certified platinum and peaked at #1 on the Australian charts and included the #1 single on the charts "Borrow My Heart."

He is the middle child in between his two sisters Bridley (older) and Gemma (younger).

His last shot song on The X Factor was Damien Rice's "The Blower's Daughter."

Taylor Henderson Is A Member Of