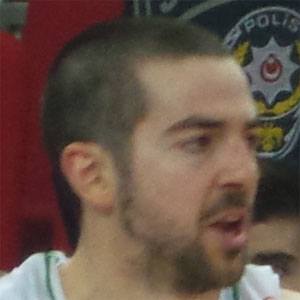 Point guard who made his professional debut in 2009 for Germany's BG Gottingen.

He played one year of college basketball at Tulane University, and three at Washington State University.

In his first year of professional basketball, he was the EuroChallenge MVP.

He was born in Houston, Texas, though he plays internationally for Montenegro.

Taylor Rochestie Is A Member Of