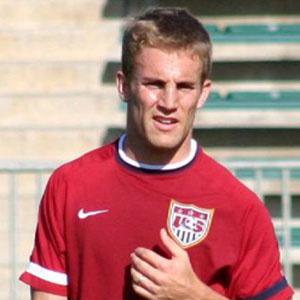 Former forward who played for the New England Revolution from 2002 to 2010 and was a member of the US national team from 2002 to 2008 before going on to become a popular television analyst for ESPN soccer.

He earned a 3.5 GPA at Saint Louis University High School in Missouri.

He was selected 2nd overall by New England Revolution in the 2002 MLS SuperDraft.

His father, uncles, and brother all played professional soccer.

He and Landon Donovan were teammates on the US national team.

Taylor Twellman Is A Member Of