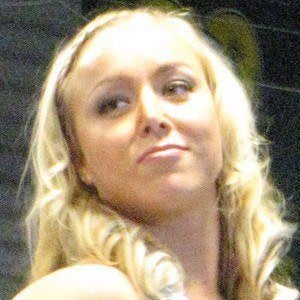 Best known for her time as a professional wrestler for the Total N Action (TNA) wrestling promotion. She became the TNA Knockouts Champion and a two-time Knockouts Tag Team Champion.

She had initially competed for World Wrestling Entertainment's (WWE) developmental Deep South promotion. She, however, never made it past this stage.

She retired from TNA and professional wrestling on February 5, 2011. She returned to college at York University, where she studied psychology. In 2013, she became a firefighter.

She joined Gail Kim in being a Women's Knockout Champion in TNA.

Taylor Wilde Is A Member Of