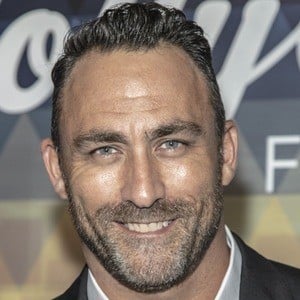 American actor most famous for his film roles, including George in 2008's Relapse, Andrew in 2015's Full of Grace and Lucifer in 2016's 40 Nights. He is also known for his run as Carlo Metts on the soap opera Days of Our Lives.

He made his screen acting debut in the 2003 film Tangy Guacamole.

He was the face model for the character Nick in the hit first-person zombie shooter Left 4 Dead 2.

He was born in San Francisco, California.

He appeared alongside Paul Reubens in 2016's Pee-wee's Big Holiday.

Taymour Ghazi Is A Member Of