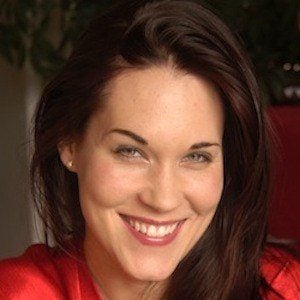 Spiritual writer and social media personality who is known for her speaking career. She is particularly known for her YouTube channel The Spiritual Catalyst, where she posts spiritual reflection and advice videos.

At age 6, she was indoctrinated into a cult. She escaped when she was 19, and has documented her experiences since.

Since its creation, her YouTube channel has amassed more than 700,000 subscribers. One of her most popular videos, "How to Activate and Open Your Third Eye - Teal Swan," has garnered more than 1.5 million views since its July 27, 2013 posting.

She joins actress Michelle Pfieffer as being an escapee from a cult. Pfieffer was involved in the cult Breatharianism while in her 20s.

Teal Swan Is A Member Of