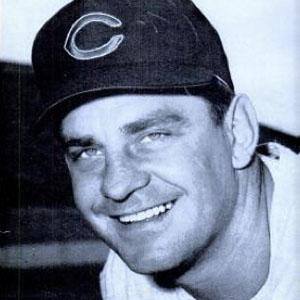 4-time All-Star who slugged 49 home runs for the Cincinnati Reds in 1954. He became hitting coach of the Reds after retirement, helping the team win back-to-back World Series Championships in 1975 and 1976.

He was a standout tight end for the University of Indiana's football team.

He earned the nickname 'Big Klu' for the powerful home runs he hit during his career.

He married Eleanor Kluszewski in 1946.

He served as the hitting coach under manager Sparky Anderson for the Cincinnati Reds.

Ted Kluszewski Is A Member Of