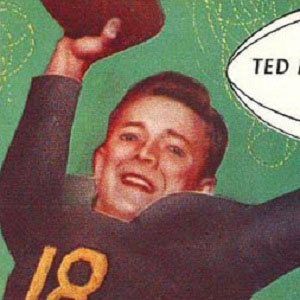 Quarterback who played for the Pittsburgh Steelers and Chicago Cardinals from 1953 to 1957. He also coached in the NFL from 1972 to 1998.

He played college football at Saint Bonaventure University, and was selected 5th overall in the 1953 NFL Draft.

He didn't play in the 1954 season because he was serving in the U.S. Army.

He raised a son, Ted Jr., with his wife, Ann Marchibroda.

As the offensive coordinator for the Buffalo Bills, he and quarterback Jim Kelly helped create the no-huddle offense.

Ted Marchibroda Is A Member Of