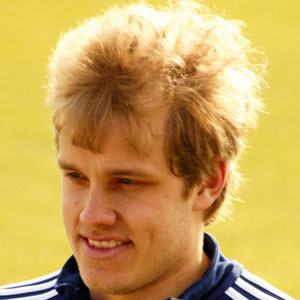 Forward who debuted internationally for Finland in 2009 and won the Copa del Rey Juvenil de Futbol championship in 2008 as a member of Sevilla.

He began his youth career with KTP.

Prior to debuting with Finland's senior national team, he logged time with their under-17, under-19, and under-21 teams.

He grew up in Kotka, Finland.

Striker Alvaro Negredo was his teammate on Sevilla.

Teemu Pukki Is A Member Of