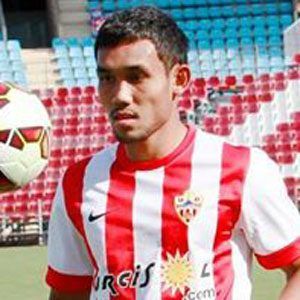 Highly-decorated Thai soccer player who won Thai Premiere League titles with Muangthong United in 2009, 2010 and 2012. In international play, he was top goal scorer in the ASEAN Football Championship in 2008 and 2012.

He was named Thai Premier League Player of the Year in 2012.

His sister, Taneekarn, has played as a striker for the Thai women's national team.

He played with Kiatisuk Senamuang on the Thai national team at the 2007 AFC Asian Cup.

Teerasil Dangda Is A Member Of