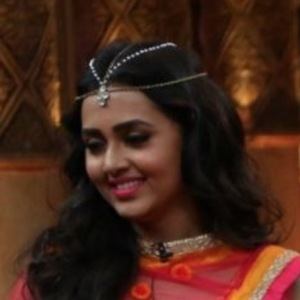 Indian actress most well known for her roles on a number of Colors TV series. She is particularly known for bringing to life Ragini Lakshya Maheshwari in the drama Swaragini - Jodein Rishton Ke Sur.

In 2016, she was nominated for Best Actress at the Colors Golden Petals Awards.

She grew up in a musical family. Her father, Prakash Wayangankar, is a professional singer.

Tejaswi Prakash Wayangankar Is A Member Of