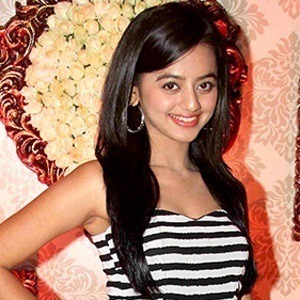 She was in the 8th grade when she kicked off her acting career on the STAR Plus show Gulaal.

She was born in Ahemdabad, Gujarat, India and would later reside in Mumbai, Maharastra.

She and Shrenu Parikh were both featured on Gulaal.

Helly Shah Is A Member Of