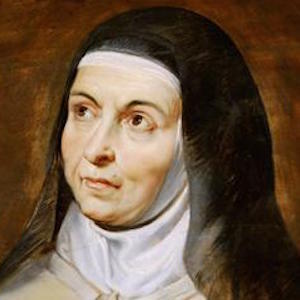 As a child, she became fascinated by stories of saints, and ran away from home at the age of seven to try to become a Christian martyr.

She was the daughter of a knight and a highly pious mother, and she grew up with a brother named Rodrigo.

She and Rafael Baron were both Spanish saints and mystics, though they were separated by four centuries.

Teresa Of Avila Is A Member Of