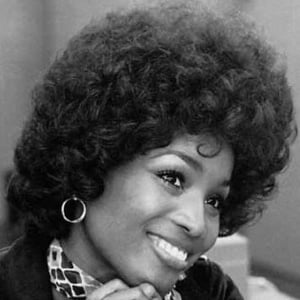 Star of the TV movie Get Christie Love! was the first African American woman to star in her own television drama.

She was a singer with The Doodletown Pipers, an popular easy listening group in the '60s and '70s.

She was part of the famously short-lived sketch comedy show Turn-On, which was cancelled after only one episode.

She grew up in Houston, Texas and married William Reddick.

She was a frequent guest on Dan Rowan's show Rowan & Martin's Laugh-In.

Teresa Graves Is A Member Of