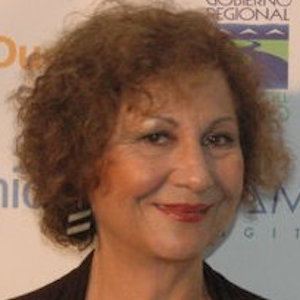 Telenovela actress and film star known for her roles in Machos, Papi Ricky, and Brujas. She also joined the cast of Pobre Gallo in 2016.

One of her earliest acting roles was in 1981 in the TVN series Villa Los Aromos.

Some of her silver screen appearances include Promedio Rojo, El brindis, and Santos.

She married Jorge Yacaman in 1973 and they had four children, Jorge, Francisca, Carolina, and Teresita.

Other cast members of Pobre Gallo include Mauricio Pesutic and Álvaro Rudolphy.

Teresita Reyes Is A Member Of