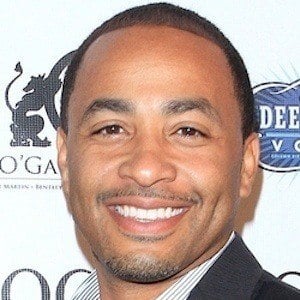 Former American football running back who spent his entire eight-year career with the San Diego Chargers, largely as a backup. He became a pastor at The City of Hope International Church after his playing career.

He attended the University of Wisconsin, where he rushed for more than 3,400 yards over four years and won the 1994 Rose Bowl.

He has degrees in English and religious studies. He runs the foundation Destiny-N-Me.

He married Sheree Fletcher, Will Smith's ex-wife, in 2007 and the couple separated in 2014. He has a daughter named Jodie.

He was teammates with Ryan Leaf during the quarterback's brief and tumultuous stint in the NFL.

Terrell Fletcher Is A Member Of