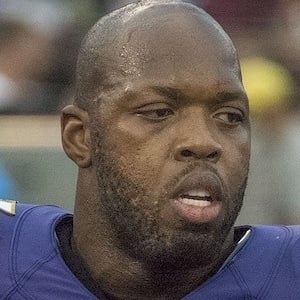 Outside linebacker who began his career with the Baltimore Ravens in 2003. He was named AFC Defensive Player of the Year in 2011, and he helped the Ravens win a Super Bowl Championship in 2013. He won his second Super Bowl title with the Kansas City Chiefs in 2020.

He played college football at Arizona State University and was named the Pac-10 Defensive Player of the Year as a junior.

He had two children with Candace Williams.

He and Ray Lewis anchored an elite Baltimore Ravens defense for about a decade.

Terrell Suggs Is A Member Of