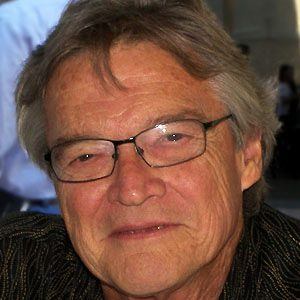 American country music artist and painter who released multiple albums, including his debut, Juarez, in 1975.

He trained to be an architect and received a B.F.A. from the Chouinard Art Institute.

His art is featured in many museums, including the New York Museum of Art and the Los Angeles County Museum of Art.

His father was Fletcher Allen, a catcher for the St. Louis Browns in 1910.

He collaborated with David Byrne on the soundtrack to the film, True Stories.

Terry Allen Is A Member Of