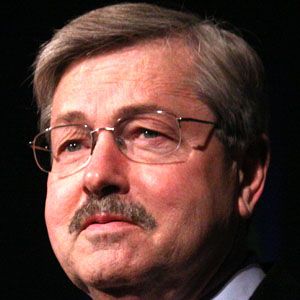 Over a decade after the conclusion of his five terms as Iowa's 39th Governor, this Republican Party politician again entered the Iowa gubernatorial race and was elected the state's 42nd Governor. In addition, from 2003 until 2009, he served as President of Des Moines University.

After graduating from the University of Iowa, he earned his J.D. from Drake University. Between his undergraduate and law school years, he was employed as a military police officer in the United States Army.

In 1983, when he began his first term as Governor of Iowa, he was the youngest governor in the state's history. When he started his sixth term in 2011, he broke yet another record, having served for longer than any other governor in United States history.

He grew up in Leland, Iowa, as the son of Edward Branstad and Rita Garland. He later married Christine Anne Johnson.

Terry Branstad Is A Member Of