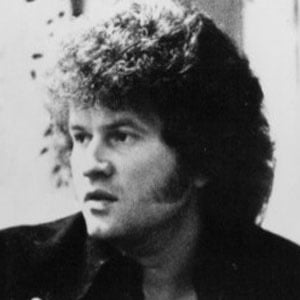 Singer-songwriter and environmental activist who formed The Poppy Family and who released the classic song "Seasons in the Sun."

His family wanted him to become an architect, but he followed his passion for music.

As part of The Poppy Family, he had a smash hit in Canada and the U.S. with the ballad "Which Way You Goin' Billy?"

Dave Guard and his Kingston Trio was one of many influential musicians who covered Jacks's "Seasons in the Sun."

Terry Jacks Is A Member Of