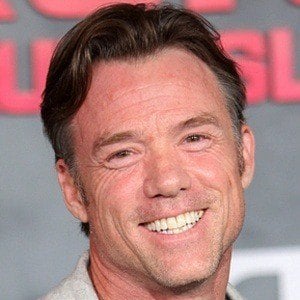 Primarily known as a stunt coordinator/double and movement choreographer, he has portrayed creatures and animals in major motion pictures such as Avatar, Rise of the Planet of the Apes and Kong: Skull Island as Kong himself.

He earned a gymnastics scholarship at UCLA, and graduated from the university as a theatre major. His career started as a performer with Cirque du Soleil, and his first stunt coordinator job was on set of How the Grinch Stole Christmas.

He played multiple roles, including the on-set Groot, in the 2018 film Avengers: Infinity War.

He was born in San Rafael, California.

His line of work is in line with the work of Andy Serkis, a fellow motion capture performer.