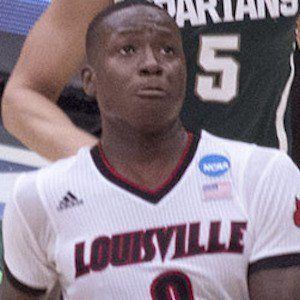 6'2" guard who played two years of college basketball with the Louisville Cardinals before being selected 16th overall in the 2015 NBA Draft by the Boston Celtics.

He was born in Cleveland and played AAU basketball for All Ohio Red.

He averaged 25.6 points, 6.5 rebounds, 4.5 assists and 4.7 steals per game during his senior season at Shaker Heights High School.

He is the middle of three children born to Eugenia Tucker and Terry Rozier, Sr. His siblings are named J'maine and Tre'dasia.

He was coached by Rick Pitino at the University of Louisville.

Terry Rozier Is A Member Of