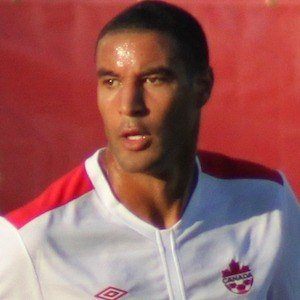 Canadian soccer forward who began his senior career with the Real Colorado Foxes in 2013. He was a star player at the Colorado School of Mines, where he was named the RMAC Freshman of the Year in 2010.

He attended Northglenn High School and was offered a deal with the Colorado Rapids at age seventeen, though he turned the offer down.

As a college player, he became the first player in conference history to score a hat trick in three straight games.

His mother is Canadian and his father is Nigerian.

He has been teammates with midfielder Kellyn Acosta at FC Dallas.

Tesho Akindele Is A Member Of