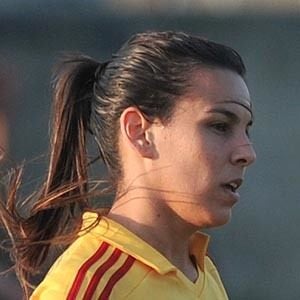 She first started her career with the Feather River College team in 2007. She then transferred to the FIU Panthers in 2009 before making her senior career debut with the Foz Cataratas club in 2011. She made her breakthrough with the Sao Jose EC in 2016.

She has scored several international goals with the Brazilian national team including in matches against Chile, Bolivia, and Costa Rica at the Copa America, Pan American Games, and Torneir International tournament.

She was born and raised in Xambre, Brazil.

Other players on the Brazilian women's national team include Fabiana Simoes and Andressa Alves.

Thaisa Moreno Is A Member Of