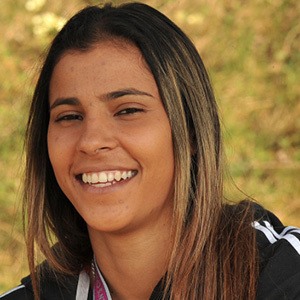 She made her professional soccer debut in 2006 with Brazilian side America.

She finished as a silver medalist with the Brazil national women's soccer team at the 2008 Beijing Olympics. She led the team to the 2015 Pan American Games championship.

Her mother's name is Licia.

She and Andressa Alves have played as teammates for the Brazilian women's national team.

Fabiana Simoes Is A Member Of