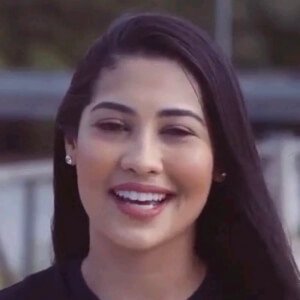 Brazilian social media sensation who first became known for her very interactive videos on Snapchat that quickly reached over 650,000 daily views. She is also extremely popular on Instagram with more than 4.3 million followers. She was one of the Olympic Torchbearers in the 2016 Olympic torch relay in Brazil.

She was studying to be a public defender.

In January, 2016 she started to work full-time as a Digital Influencer and since then, she has appeared in many talks shows and worked as a host. She has also been an ambassador for many brands in Brazil.

She was born and raised in São Luís, MA, Brazil. Her parents' names are Milvan and Antonieta.

She has starred in the Brazilian movie called "Internet O Filme" with actress Gabi Lopes.

Thaynara OG Is A Member Of