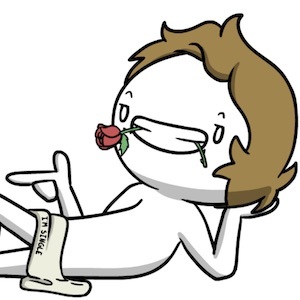 Animator who publishes short animated skits to his YouTube channel The Sea Rabbit. He has more than 800,000 subscribers.

He previously made comics before expanding into animation.

Fellow animator Theodd1sout has been a guest on his channel in a video called "Speech Gud In Class."

The Sea Rabbit Is A Member Of