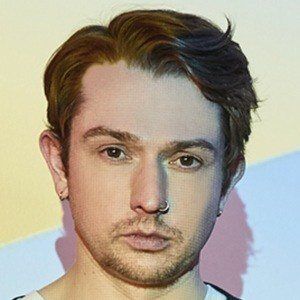 Became known as the drummer of indie rock group Alt-J who rose to fame from their album An Awesome Wave. He's also enjoyed success as a solo artist with his hit single "Vienna" from his debut album High Anxiety.

He studied fine arts at Leeds University where he met his bandmates. They formed Alt-J after graduating in 2007.

He and his band Alt-J won the prestigious Mercury Prize award for their album An Awesome Wave.

He suffers from Alport Syndrome and was on kidney dialysis for four years before he got a kidney transplant. He's nearly deaf with very little hearing in either ear.

He and guitarist Gus Unger-Hamilton are both members of Alt-J.

Thom Green Is A Member Of