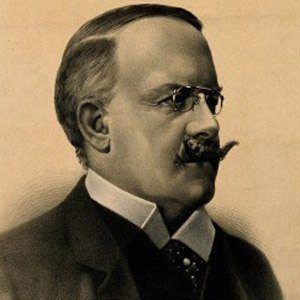 Remembered for opening numerous homes for impoverished children, this late nineteenth-century physician and philanthropist improved the lives of more than 100,000 young people across the United Kingdom.

After training at hospitals in London, Edinburgh, and Paris, he entered the Royal College of Surgeons. His medical experience alerted him to the terrible conditions under which many poor children lived, and he made it his life's work to help such children, opening his first children's home in London in 1870.

He opened nearly one hundred charity homes for children over the course of his life and also founded a school in Birkdale, England.

He and his three surviving siblings grew up in Dublin as the children of Irishman John Barnardo and Englishwoman Abigail Barnardo. His marriage to Sara Louise Elmslie resulted in seven children, including a daughter, Syrie Maugham, who became a notable interior designer.

Thomas John Barnardo Is A Member Of